These are two related posts for context: 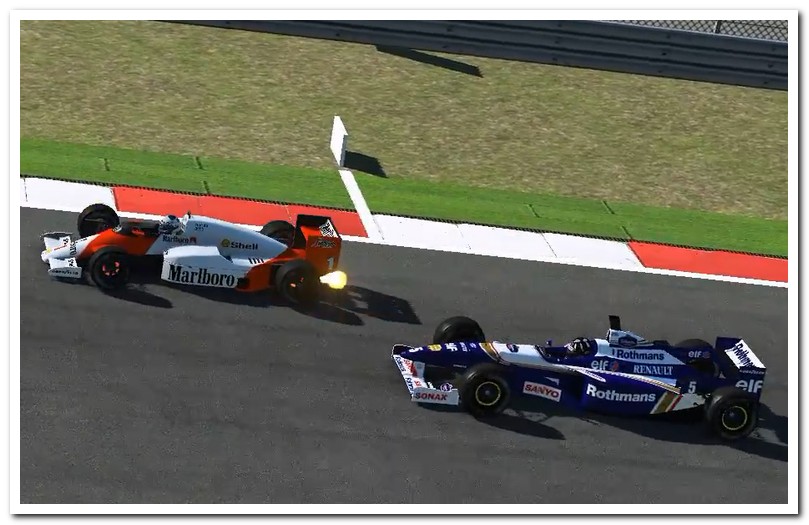 After having had a good time racing an Aston Martin GT3 on COTA (Circuit of the Americas), against Formula 1 cars from the 1988 and 1996 seasons, I took Alain Prost’s 1986 F1 McLaren TAG Porsche out of its rFactor2 garage. For extra fun, I set the contestants from the 1986 championship against their 1996 evolutions.

The 1986 McLaren F1 is a true “monster”, with 1000+ bhp, no driving aids, and a constant bomb waiting for detonation upon throttle pressure. It is an amazingly hard to race vehicle, requiring permanent steering input and attention to pedals, physically demanding – this in a game! I cannot begin to imagine what it was in real life! -, which is exactly what I was looking for: to sweat.

Here is a video, with two halves: first half is from an inside-car camera, second half is a “TV” perspective.