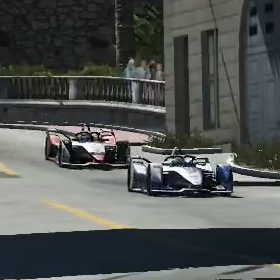 Virtual racing in rFactor2. The track is “Monaco”, in its 1966 F1 layout. The car is a Gen2 #FormulaE. This is I at the wheel, completing the lap in under 01:27. The main reason I play rFactor2 is because of how physically demanding it is. It makes me sweat :). These Formula E cars seem quite hard to race on the limit.

Although I didn’t finish reading it yet, so far this seems a wonderful Python book, freely available at “http://greenteapress.com/thinkpython/html/“.

Amazon and other marketplaces sell the book, but you prefer to read online, this resource is worth mentioning.

Think Python: How to Think Like a Computer Scientist

This is what I was listening to, in the previous 2018-10-02 week. These are the albums corresponding to the songs that Spotify’s “discover weekly” feature suggested me.

The “discover weekly” feature is the single reason I pay for Spotify.

Imagine you want to move all Chrome’s user data to another location, for space and/or performance, or for other reason(s).

Imagine that the other location is at volume D:

You could do it be creating a symbolic link from the original default location (C:/Users/<your user name>/AppData/Local/Google/Chrome/User Data) to, for example, a “D:/chrome.userData” folder.

You’ll need to:
– close Chrome;
– know your Windows login user name (“user” in the example);
– decide to where you want to move the files.

To run PowerShell in Windows Server 2008, first make sure that feature is available, by checking the “Server Manager” or simply forcing its availability by running the following command from a regular command prompt:

Once the feature is installed, you can run it and take advantage of its power. For example, how about learning about all your drivers by typing

If you want to access certain windows features, for example the “Tablet PC Settings” more directly and even if/when you are not using a Tablet PC, calling the correspondent Shell CLSID will do the job:

But what if you want a desktop shortcut for it? The shortcut creator will not recognize such literal addresses.

The solution is to prefix with the Windows Explorer executable:

In Windows, by default, the Bitcoin client keeps its data directory at

It happens that this directory will grow, and grow… eventually reaching a size not admissible for being kept at the system’s main volume. Currently, March 2014, the Bitcoin data is ~21 GB, while Litecoin’s is ~2.7 GB. Too big for me. Not only the size might become an issue, but also the system’s perceived performance might be compromised, because the main volume is used for so many other operations that the reading/writing of the digital currencies’ data can have its negative impact.

One solution? Move the data folder to another drive, for example, a D: volume. Just cut/paste the %appdata%/bitcoin folder to D:.

But WAIT. If you do this, now you must start the Bitcoin client NOT via the usual shortcut, but via a custom shortcut that will point the software to the new location:

Is there a better solution? Yes there is:

(4) Now you can launch your Bitcoin client the way you always did, that it will still find the %appdata%/bitcoin location, which however is actually located at D:/bitcoin and not at the main volume.

Any donation is welcome at address 1nJRXEWXcbz585koZwjHrSjbbxrFPYKMg 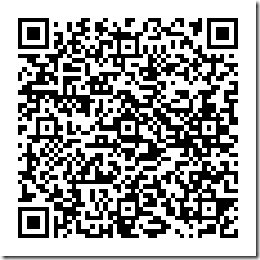 The iPad’s operating system (IOS) has a limit of 11 pages for apps. The first app you install whose icon can’t be represented inside those 11 pages, won’t appear at all and the only way it can be run, is to do a text search for it. It is an odd design decision, but it gets worse because even if you start creating “folders” and putting apps inside them, the “invisible” icons won’t automatically move and appear in the just freed space, as one might expect them to do.

One “solution” around the problem is simple: just shutdown the iPad and then turn it on again. On boot, IOS will populate any free space it finds with the previously “invisible” icons.