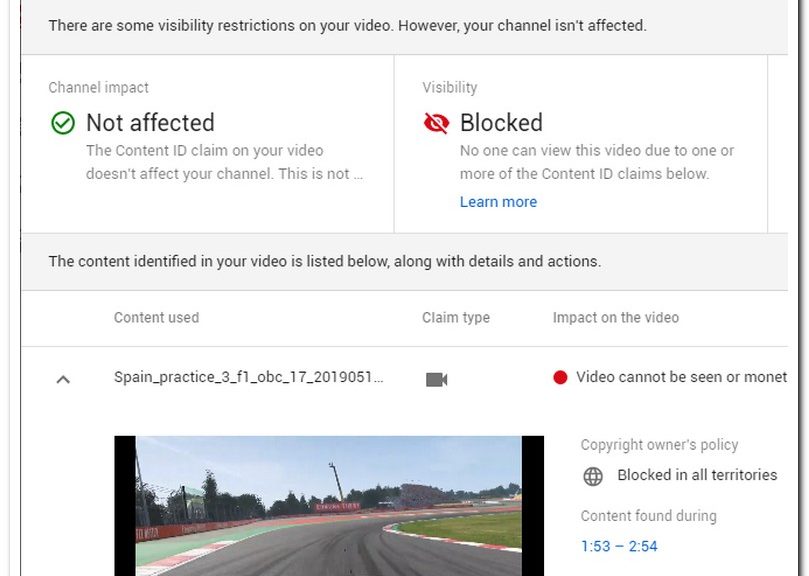 For the first time, one video of mine was “Blocked” by YouTube.

It was my first video from the game “Formula 1 2019”, where I race a lap in a Formula 2 car. The video has two parts: in the first part, I captured game footage from the game’s “TV” camera; in the second part, the footage is from an in-car camera that gives the “halo” perspective. It is the second part of the video that YouTube’s automated “Content ID” system flags and blocks.

My pragmatic solution: I edited the video without the second part (except for the first few seconds, for those interested in understanding what that second part was).